Positive Accounts of Muḥammad in the Jewish Tradition

Positive Accounts of Muḥammad in the Jewish Tradition

Over the last century, the relationship between Muslims and Jews has been strained by politics. Historically, the Muslim world had a vibrant Jewish presence; and it was sometimes the place of refuge from European pogroms. The “Golden Age” of Jewish culture was in medieval Muslim Spain, and it produced many prominent rabbis, philosophers, poets, and texts.[1] Jewish-Muslim relations were not without their low points, including “periodic outbursts of violence” and legal disparities.[2] However, a look at pre-modern Jewish textual references to Islam can give us an idea of Jewish perceptions of the religion, which were not monolithic.

As a minority living amid the expanding Christian and Muslim worlds, Jews interacted with their Christian and Muslims neighbors “at all social and economic levels.”[3] Jewish polemical texts were few, but apologetic materials – meant for internal consumption – were more common.[4] Jewish texts would refer to Jesus and Muḥammad in discrete, oblique ways; often using nicknames; probably to avoid attracting attention or harm from dominant communities.[5] Maimonides (d. 1204 AD) and others often referred to the Prophet Muḥammad as a “madman” (meshuggaʿ) or “fool”.[6] Medieval Jews, like their Christian neighbors, were also circulating the Baḥīrā legend, which insinuates that the Quran was written by a Christian monk that the Prophet had met in the Levant in his youth.[7] As a side note, it is fascinating that both medieval Christians and Jews denied that Muḥammad had composed the Quran, attributing its ingenuity to renegade priests or crypto-Jewish sages. 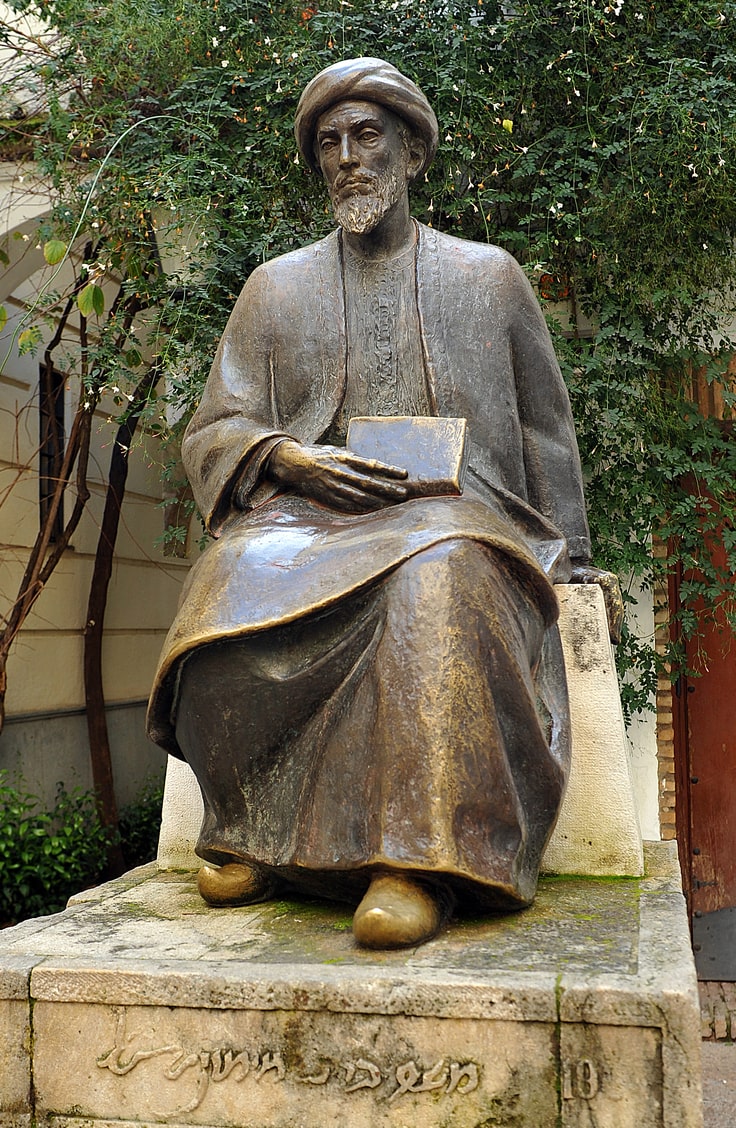 There are some positive references to the Prophet Muḥammad in extant medieval Jewish texts that are worthy of highlighting. The earliest such reference may be the seventh century Secrets of Simon ben Yohai.[8] A second century rabbi and mystic who is a source of inspiration for Kabbalah, Simon ben Yohai is attributed with several later texts, including this Midrash. Therein, the demiurge Metatron is made to appear to the rabbi after forty days of meditating in a cave. Metatron is described in mystical Judaism as either the representative of God’s divine presence, the archangel Michael, or Enoch after his ascension.[9] Simon ben Yohai had been seeking refuge from Roman persecution when Metatron gives him glad tidings of the Muslim conquests. Metatron says, “[God] is bringing about the kingdom of Ishmael … He shall raise up over them a prophet in accordance with His will, and He will subdue the land for them; and they shall come and restore it with grandeur.”[10] This text presents the coming of the Prophet as a divine, redemptive event for Jews. The identification of Muḥammad as a prophet fulfilling Isaiah 21:7 borders on religious syncretism.

A small number of texts view Muḥammad as a prophet commissioned to the gentiles, but not the Jews. This view was expounded upon by the twelfth century Yemenite scholar Netan’el ben al-Fayyūmi.[11] Al-Fayyūmi begins his Bustan al-ʿUqūl with the Islamic basmala[12] and says “Mohammed was a prophet to them but not to those who preceded them in the knowledge of God.”[13] Al-Fayyūmi uses the Quran to confirm the special status that the Israelites were given by God.

Lastly, medieval Andalusian rabbi Ibn Pāqūdā (d. 1120) made positive, covert references to the Prophet Muḥammad in his popular treatise Chovot HaLevavot. He quotes a “pious man” (Hasid) who greeted men returning from battle with spoils, saying, “You returned from the small war with spoils, now prepare for the great war! … the war of the evil inclination (yetzer hara) and his minions.”[14] This corresponds with the famous hadīth on the lesser and greater jīhād. In this case, Ibn Pāqūdā appears to borrow an Islamic parable in a way that would not rouse his own Jewish community. His identification of Muḥammad as a Hasid shows that he was willing to bestow him with an honorific title.

While other research papers produced on this topic focus more on the negative perceptions of Muḥammad and the Muslims in pre-modern Jewish literature, it is important to draw attention to incidents of mutual appreciation and syncretism. This includes writs of protection that are attributed to the Prophet and his cousin ʿAlī b. Abī Ṭālib. More research needs to be done on the cross-pollination and shared parables of the Jewish and Islamic traditions, as well as Biblical subtext in Islamic literature. Such bridges can become a basis for peace in the future.

[1] Jonathan Ray, Whose Golden Age? Some Thoughts on Jewish-Christian Relations in Medieval Iberia, 1-3.