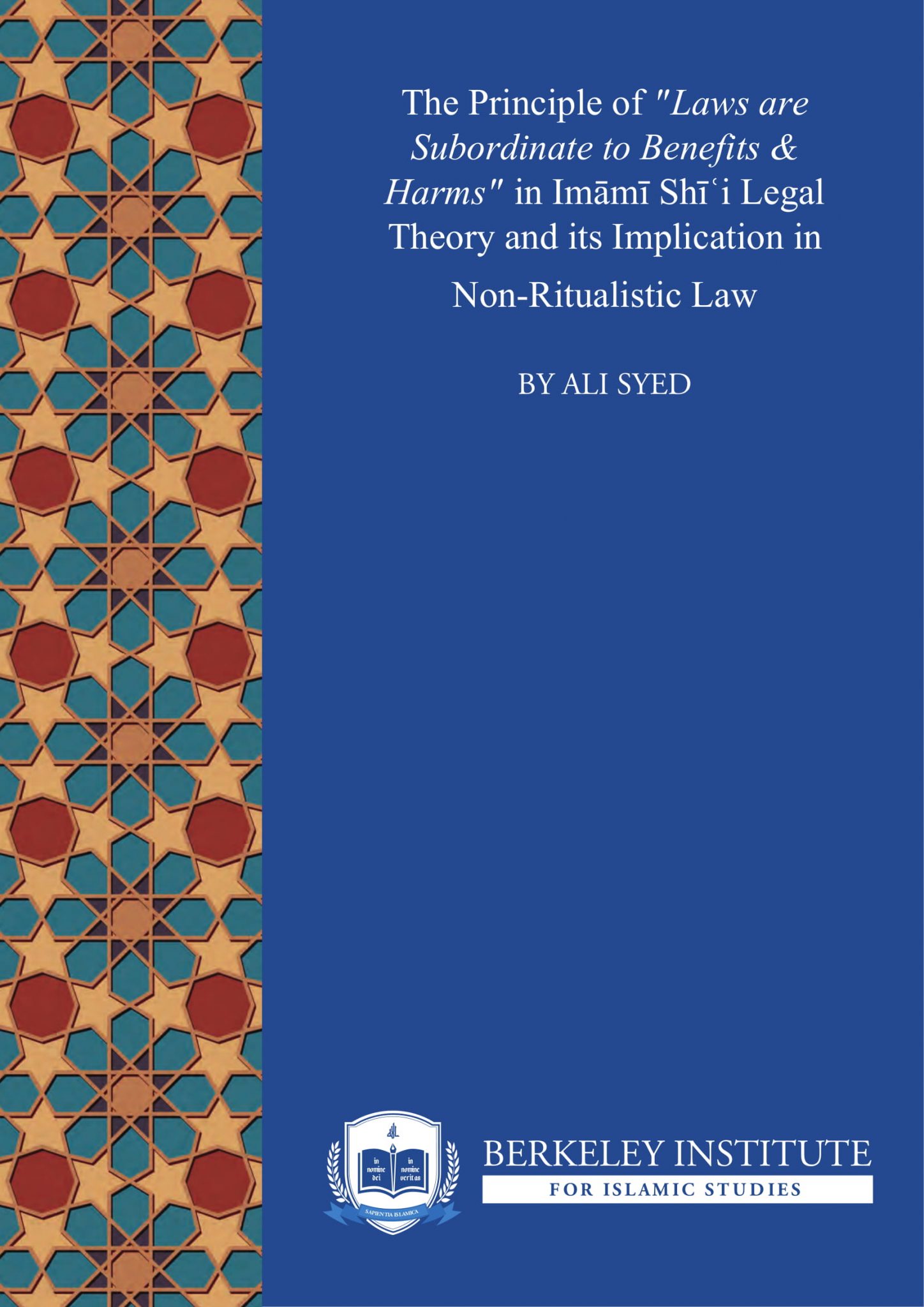 Shīʿi jurisprudence is centered on the theological presumption that divine laws are subordinate to benefits and harms (al-aḥkām tābiʿah lil-maṣāliḥ wa al-mafāsid). While the theoretical discussions underpinning this principle are not overly disputed, issues arise from the recognition that the derivation of law is not fundamentally concerned with real law (al-ḥukm al-wāqiʿī), but rather with apparent law (al-ḥukm al-ẓāhirī). How one ascertains the consideration of benefits and harms within apparent law – whose very nature entails the possibility of error – is a challenge to which several Imāmī Shīʿi jurists have dedicated numerous pages. Many have proffered theories for reconciliation between real and apparent law – theories which are contingent on the principle of al-ishtirāk bayn al-ʿālim wa al-jāhil. This principle states that real laws are legislated by God for both those who are aware of, as well as ignorant of the law. If this principle is invalidated, then the discussion on reconciling real and apparent law is deemed irrelevant; in such a case, knowledge of a law would become a precondition considered during divine legislation. This conclusion would alter the course of discussion to a more critical discourse concerning the perception of benefits and harms; whether such perceptions constitute knowledge; and how they guide and determine what the law ought to be. If it were possible to establish a probative method to ascertain benefits and harms, it would become the task of a jurist to ensure that laws – at least those of a non-ritualistic nature – always remain subordinate to them.